Now in his third year of high school, Shouya is still plagued by his wrongdoings as a young boy. Sincerely regretting his past actions, he sets out on a journey of redemption: to meet Shouko once more and make amends. Koe no Katachi tells the heartwarming tale of Shouya’s reunion with Shouko and his honest attempts to redeem himself, all.

This is the Open Door: A Silent Voice Fanzine, a fan-made 'mini magazine' with newly made fanart and fanfictions dedicated to the manga and anime series known as Koe no Katachi or A Silent Voice. Please consider visiting all of the contributors after reading, as they all have worked very hard on their pieces! For more information about the zine, please go to silentvoicezine.tumblr.com.

When this project was complete in August 2018, we had the option to donate before it was available for free only. All proceeds was given to charity. As of November 1st 2018, we have donated 100€ ($114) to the World Federation of the Deaf, thanks so much to our generous readers!

Thank you for supporting Open Door: A Silent Voice Fanzine! The organizers and contributors are very grateful for your support! If you have any comments, questions, or suggestions about our zine, please email us at [email protected]

If you really enjoy the art and written pieces, you can visit the contributors by simply clicking on their social media links within the PDF!

If you missed your chance, you can always donate to Deaf Child Worldwide (or any charity of your choice) at any time! 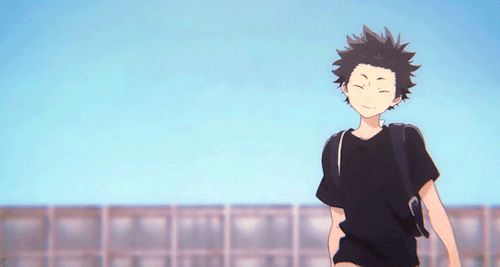